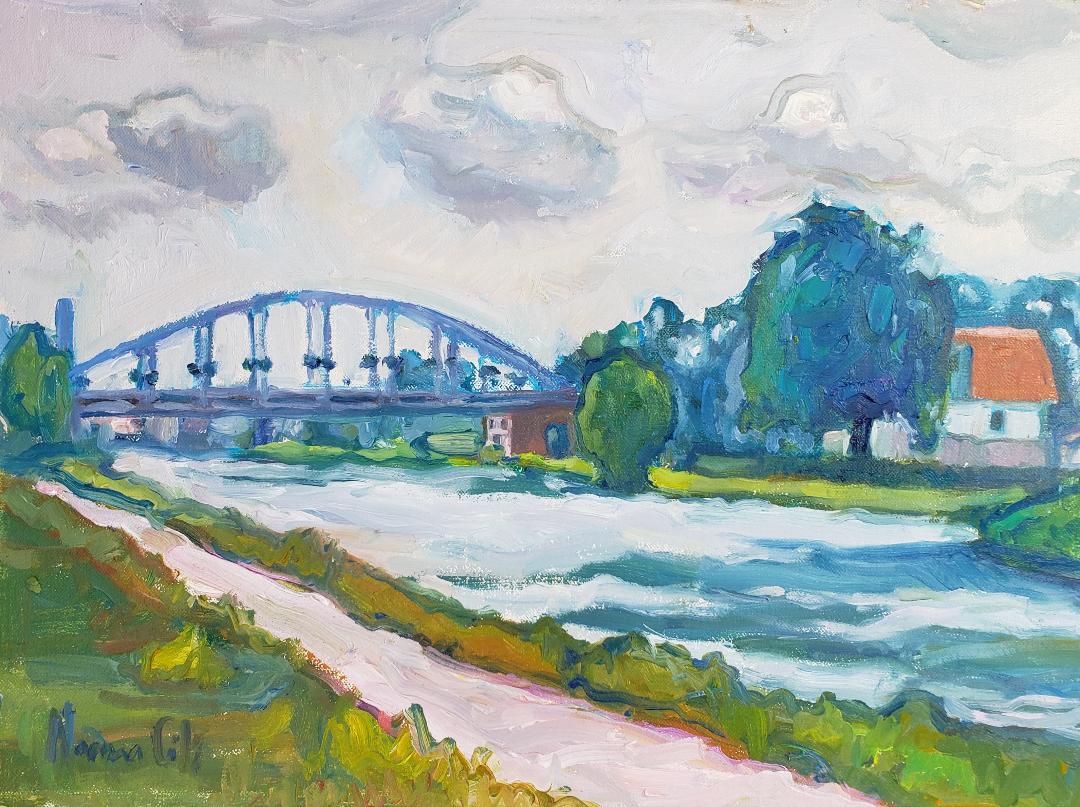 The bridge over the Bocholt-Herentals Canal outside of Neerpelt was named after an Irish Guard, Joe Vandeleur who was part of the WW II Market-Garden offensive. He ordered air strikes against the Germans when the bridge was under heavy bombardment and seven lead tanks were knocked out. This allowed the road to be cleared of wreckage and advance toward Valkenswaard and Eindhoven. The bridge has been rebuilt but is commemorated as Joe’s Bridge. Oil on linen 12″ x 16″.